Broom's Past Life and This Life

Broom is a tool for dust removal from the floor. It is made of bamboo, larger than broom, and originated in China. As early as four thousand years ago in the Xia Dynasty, a man named Shaokang saw a wounded pheasant dragging himself forward, and the dust was much less. He thought, it must be chicken hair, so he grabbed a few pheasants to pull down the hair to make the first broom. This is also the origin of the feather duster. Because the chicken hair used is too soft, at the same time not resistant to wear and tear, Shaokang changed into bamboo, grass and so on as raw materials, the duster was transformed into a durable broom. It also refers to the alias of the skin of the family Parthenaceae. 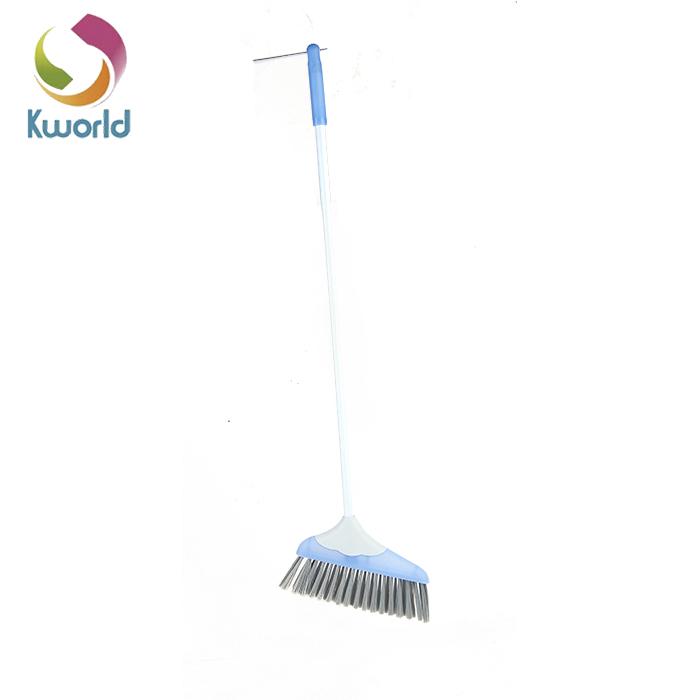 Today, a broom made of sorghum stalks is widely used in Europe, Asia and much of the world. American President Franklin promoted sorghum planting in order to develop agriculture, so sorghum was planted throughout the United States. One day, an old farmer in Hadley needed a new broom. He chopped some sorghum stalks and tied one with a rope, which was durable and easy to use, so everyone followed suit and started using sorghum brooms, which led to the emergence of sorghum broom manufacturing in the United States. Until now, brooms are still in use. Many functions have been replaced by vacuum cleaners.

Every tube broom with a small head or a large head uses a sorghum mash with scattered ears to break off its seeds, remove the sheath of leaves and the nodes under the arrow rod, and then separate the middle scattered spike from the straight thousand ears (with a hard core in the middle), pick out the mash of the middle scattered spike, and make the outer skin of the broom when the broom is pricked. The straight millet is used as the skeleton. Then split the middle-scattered stem of the selected skin into two halves with a manual knife. Cut the arrow stalks from the root of the head of the broomstick, and leave it for a string of curtains. The middle of the broom handle can be filled with ordinary sorghum straw. Then the finished mylons are tiled on the hard ground, rolled with stone rollers, pressed until soft. Then wet the millet with water. The wetting time is about 1 hour, and the wet time is about 1 hour.

Broom, although it cleans up garbage for us in life, don't  look at him. Maybe one day, it'll take you into a wizard, flying all over the sky.

Just hit the subscribe button and you will become our newsletter recipient and get the lastest product catalogues.